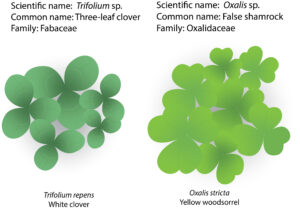 Saint Patrick’s Day was made an official Christian feast day in the early seventeenth century and is observed by the Catholic Church. It is a public holiday in the Republic of Ireland, Northern Ireland, the Canadian province of Newfoundland and Labrador, and the British Overseas Territory of Montserrat. According to St. Patrick’s Day lore, Patrick used the three leaves of a shamrock to explain the holy trinity: the Father, the Son, and the Holy Spirit. […] 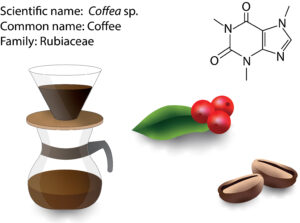 A good morning always starts with a beautiful brew that fills up the atmosphere of the room with a coffee aroma.  Coffee is the seeds of a small tree originating from tropical Africa and native to few places in Asia. At the same time, wild coffee is found in the remote forests of Africa and on the island of Madagascar. Wild coffees are also found in other tropical countries like India, Sri Lanka, and Australia. […] 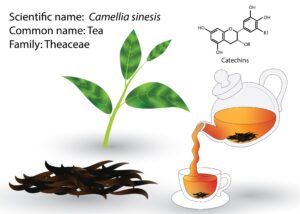 Me time or teatime?

Tea, scientifically known as Camellia sinensis, is recognized as one of the most popular genera in the flowering shrubs with the profusion and beauty of the garden varieties. It is the second most commonly drank liquid after water. All the tea is made from this species, and it is grown mainly in the plantations in highlands of tropical Asia. It originated from southern China, then spread to Japan and India and more recently in other […] 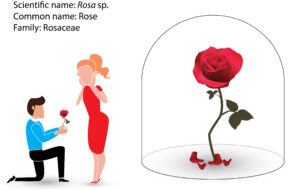 Roses are red, violets are blue, I can’t imagine my life without you

When we talk about Valentine’s Day, a rose is a must! It is the national floral emblem of the United States in which President Ronald Reagan had signed the legislation in the year 1986. Rose, the romantic flower that is scientifically known as Rosa has about one hundred and fifty species under the family of Rosaceae that possess countless hybrids that are valued for their beauty. Rose is planted mainly for ornamental purposes, which is […] 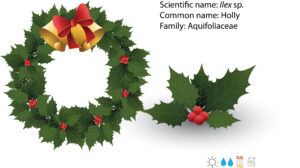 Of all the trees that are in the wood, the holly wears the crown! There are four hundred or so evergreen and deciduous trees and shrubs that make up this large genus, which is Aquifoliaceae. Generally, species under this genus are known as holly. They come predominantly from the temperate regions of the northern hemisphere. They are grown for their foliage and produce clusters of small glossy berries. With its shiny green and spiky foliage […] 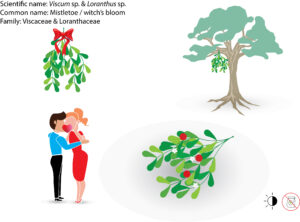 Mistletoe – a parasitic plant is the symbol of Christmas

Mistletoes are a diverse group of aerial parasitic plants, particularly obligate hemiparasitic with a worldwide distribution. It is usually found in the temperature forest along the Pacific rim of southern South America. It is a successful and interesting plant that parasitize trees and shrubs, establishing xylem connections with their hosts to obtain water and other xylem-borne nutrients. Mistletoe grows on a range of trees including willow, apple, and oak trees. It is also found on […] 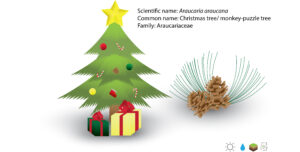 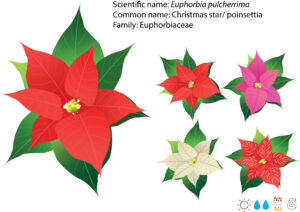 Many flower blossoms remind us of radiant stars in appearance and color. The flowers and other plant parts with stars ultimately lead to the Christmas star or star of Bethlehem, which is a natural conclusion from the Christian point of view that dominated even science until at least the end of the nineteenth century. Potted poinsettias are a familiar Christmas decoration all over the northern hemisphere, but this native of Mexico is only a garden […]