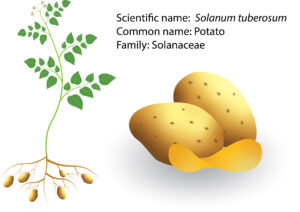 The plant with ‘tuber-culosis’ – Potato

General descriptions Potato is the fourth most important food crop in the world after rice (Oryza sp.), wheat (Triticum sp.), and maize (Zea mays). It is the only major food crop that is a tuber that accounts for one hundred and thirty kilocalorie of energy per day. It is found that the kilocalorie of the potato in a developed country is about three times that of the potato in developing countries where it is still […] 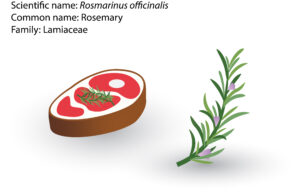 The spice on the steak- Rosemary

Rosemary is a widely grown garden plant that is known as a culinary herb, in which this species also can be planted as an ornamental plant. Rosemary is scientifically known as Rosmarinus officinalis that is under the family of Lamiaceae. It is an upright with a strong woody shrub. This woody shrub is densely clothed with narrow and deep green leaves that ranged about one inch. Some botanists recognize up to twelve species in this […]