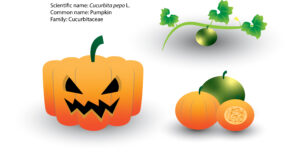 Trick or treat? The Halloween pumpkin

Knock! Knock! Trick or treat? Candies, vampires, ghosts, skulls, of course, the freak pumpkins. Botanically pumpkin is the common name of Cucurbita pepo L. in the family of Cucurbitaceae, which has the most species as human food. The genus Cucurbita is native to North America, including northeastern Mexico and the southern United States. Cucurbita fraternal and Cucurbita Texana are the possible progenitors for pumpkins. How pumpkin became the major role of Halloween, and why carving […] 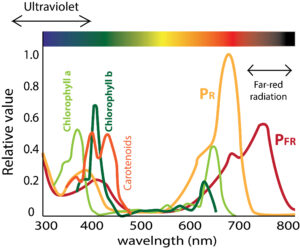 What color is a plant? Green? Red? Our eyes received the image of an object through the reflection of light. If the object we see is white color, it indicates that the whole spectrum of light is reflected by the object and received by the receptor of our eyes. Before that, we need to know what is found in light, sunlight to be specific. A light can be diffused through a prism and projected seven […] 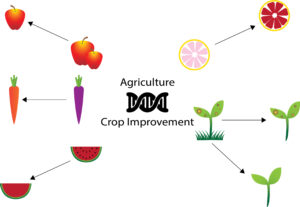 Before they are served to our table, crop improvement

Naturally, we judge the foods based on their appearances such as color, shape, smell, and arrangement. Domestic crops have traits that are significantly different from their wild relatives. Undoubtedly tomato is red, banana is yellow, the carrot is orange. But how they end up being what they are on our plates? Can you imagine eating a banana with large seeds, a carrot in purple color, or tomato in black color? What happened to those fruits […] 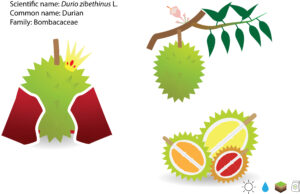 Durian, an exotic fruit that is the King in Southern Asia

Thanks to the convenience of air transportation and the active exchange of commodities globally. Durian, an exotic fruit that most Americans are not familiar with, can be found in most Asian supermarkets across the USA. This fruit is extraordinarily unique, known as the king of the fruits in Southern Asia, but also brings two extremely controversial responses, people either love or hate it. The taste of durian is a complex experience that has been described […]

The blessings not to be taken for granted – why plants matter

There are scientific terms called Plant Awareness Disparity (PAD), or Plant Blindness (PB) referring to peoples who recognize plants as a disadvantage or simply not as aware of them compare to animals and other organisms. Surprisingly, researchers found that the PAD is quite widespread indicating that many of us tend to not recognize the existence of plants. There are many reasons that the importance of plants is often neglected by us. However, a group of […]