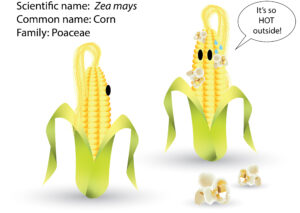 Not that corny, but a group of diversified individualists – Corn

General Description Corn is an essential crop and one of the most consumed staple foods consisting of about 20% of human’s calorie intake globally. Scientifically named as Zea mays. Indigenous populations in Mexico first domesticated corn around 10,000 years ago, it has evolved through thousands years of intensive breeding and shown powerful usage for food, feed, fiber, and fuel. Known as the mother grain of Americans and the driver of the US economy, the United […]