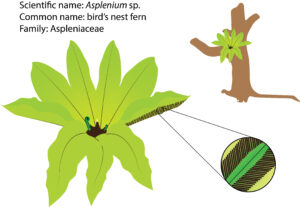 Asplenium is one of the most popular houseplants in the family of Aspleniaceae which consists of seven hundred evergreen ferns widely distributed around the world. It has a very diverse growth form as the genus includes terrestrial and epiphytic species and the species that grow on the rocks. The variations among the species made the distinct features that differentiate from a species to another species. Some make dense turfs of fronds or rosettes. Others creep […]