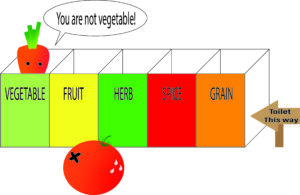 How many names of the fruits and vegetables do you know in the market or your kitchen? To know their common name, it is easy! That is because all plants are labeled before we purchased them from the market. However, do you know what is a vegetable and fruit scientifically? When we buy some vegetables at wet markets or freshly from the farms, we often see tomatoes are selling together with other vegetables such as […] 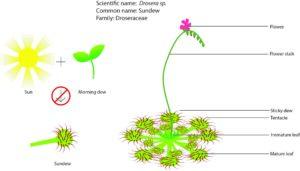 Drosera, not the morning dew but sundew

Sundews (Drosera sp.) are probably the most diverse genus of carnivorous plants in the world which consisting of around two hundred species. Commonly known as sundew because the word, Drosera in Greek means dewy. The “dew” found on the hair of sundew exhibit mini-rainbows whenever they are struck by sunlight. They can be found in Canada, Alaska, Siberia, Europe, Nother America, Brazil, Queensland, southernmost regions of New Zealand, and South America. It occurs on almost […] 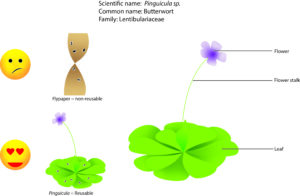 Pinguicula sp. under the family of Lentibulariaceae, commonly known as butterwort, and means the little greasy one in Latin. It consists of about 50 species. It is greasy due to the slimy, sticky, and greasy touch of the leaves. “Ping” is not sticking to the common impression of carnivorous plants. They do not have the capability of killing large insects or small mammals with specialized and colorful leaves that differentiated into sophisticated traps. Pinguicula is […] 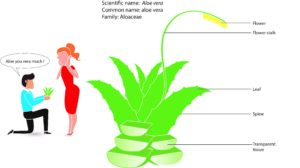 Aloe you vera much

Aloe vera is one of the few plants that share the same scientific and common name. It is a flowering plant that originates from Northern Africa under the family of Aloaceae, which was previously placed under the lily family (Liliaceae). Aloe vera is a xerophyte, a plant that can grow in arid conditions and can withstand long periods of drought. This adaptation includes waxy leaves, the ability to store water, leaves reduced to spines to […] 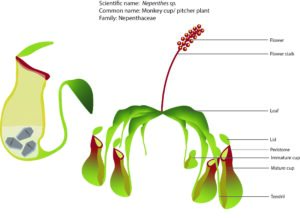 Nepenthes – not your “cup” of tea

If you think about a cup in nature, what comes to your mind? The monkey cup is a good call, as a carnivorous plant, scientifically referred to as Nepenthes sp., it is unique because of its modified cup-shaped leaf that looks like a small vase with a lid. Some people use the cup as a container to cook sticky rice added with coconut. Travelers often use older pitchers as water scoops or to catch rainwater. […] 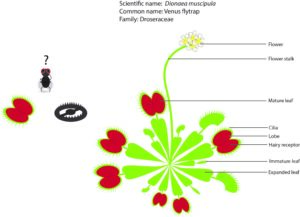 Venus flytrap (Dionaea muscipula) is the most exciting and popular among all carnivorous plants as it has modified leaves as snap traps. It is under the family of Droseraceae and the only species in its genus. Venus flytraps are native only to the coastal plain of southeastern North Carolina and extreme northeastern South Carolina. It can be found the area with unfavorable conditions such as peaty and acidic soil mostly low nutrient availability in damp […]

Before the commercialized vaccine was introduced, people mostly use traditional ways such as medicinal plants to battle infectious diseases. Plants that have antibiotic properties such as ginger, echinacea kill some pathogens and benefit the immune system. But using plants as vaccine factories is a relatively new idea because plants do not produce pathogens or human proteins. Not until plant genetic engineering technologies have been in the playing for the past 3 decades which allows foreign […]